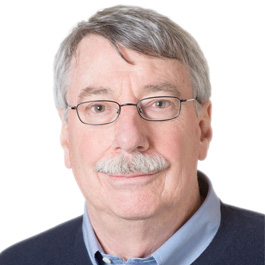 Scientist Stephen Miller has developed biodegradable nanoparticles to prevent lung and food allergies as well as thwart autoimmune diseases where the immune system attacks the body, such as multiple sclerosis (MS).

He uses the nanoparticles like a Trojan horse, hiding an allergen in a friendly shell to convince the immune system not to attack it. As a result, one study showed an allergic reaction in the airways was shut down long term and an asthma attack was prevented.

The nanoparticle also worked in a mouse model of peanut allergy, similar to food allergy in humans.

“The findings represent a novel, safe and effective long-term way to treat and potentially ‘cure’ patients with life-threatening respiratory and food allergies,” said Miller, the Judy Gugenheim Research Professor of Microbiology-Immunology at Northwestern University Feinberg School of Medicine. “This may eliminate the need for life-long use of medications to treat lung allergy.”

“It’s a universal treatment,” Miller said. “Depending on what allergy you want to eliminate, you can load up the nanoparticle with ragweed pollen or a peanut protein.”

The technology has progressed to clinical trials in celiac disease.

Miller’s latest research, with Dr. Jack Kessler, a professor of neurology at Feinberg, uses the nanoparticles in a new way to limit the damage after a spinal cord injury. The scientists injected mice with the empty nanoparticles after a spinal cord injury and discovered the approach prevented the secondary inflammation and internal scarring that inhibits the repair process.

As a result, mice with a spinal cord injury receiving the nanoparticle injection were able to walk better after the injury than those that didn’t receive it.

The treatment could potentially limit secondary damage to the spinal cord in humans after an injury, if administered a few hours after the accident in an emergency room or by paramedics in an ambulance.

It’s not a cure, but scientists were able to prevent the secondary damage. They believe it’s a treatment they’ll be able to take to the clinic.

Further studies would need to confirm the safety of the injected nanoparticle, Kessler said, but he noted scientists haven’t seen any signs of toxicity so far.

The nanoparticles work by binding to the cells that cause the inflammation — inflammatory monocytes — and diverting them to the spleen. The particles are made of poly(lactic-co-glycolic) acid, a biocompatible substance already approved by the Food and Drug Administration (FDA) for use in re-absorbable sutures.

The nanoparticle technology is being developed commercially by Cour Pharmaceuticals Development Co., which is working with Miller to bring this new approach to patients. Miller is a co-founder of Cour and a member of the scientific advisory board.

Miller also is a member of the Robert H. Lurie Comprehensive Cancer Center of Northwestern University.