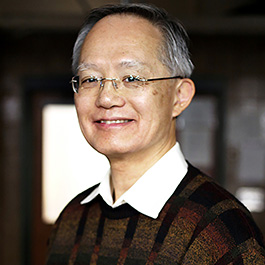 How much is better battery technology worth? At least $4 million, according to the Big Three automakers.

That’s the size of the contract the U.S. Advanced Battery Consortium — made up of Ford, GM and Fiat-Chrysler — awarded last June to SiNode Systems, a battery technology startup founded in 2012 by graduate business and engineering students at Northwestern.

SiNode produces a novel type of anode for lithium-ion batteries, the kind used in cellphones and electric cars – hence the interest from automakers. Anodes are the part of the battery that hold a charge, a key specification for consumers. SiNode is developing an anode made of silicon to replace the typical graphite anodes, allowing for longer-lasting and faster-charging batteries.

The underlying technology for the battery was developed in the lab of Harold Kung, who addressed the robustness of silicon. Silicon tends to expand and contract during charge and discharge, which rapidly degrades battery performance. Kung, the Walter P. Murphy Professor of Chemical and Biological Engineering in the McCormick School of Engineering, mitigated the problem by wrapping nanometer-size silicon particles in graphene, a highly flexible and conductive layer of carbon atoms.

"We are bullish on lithium-ion," SiNode CEO Samir Mayekar, a graduate of the Kellogg School of Management, told Greentech Media in April. "The materials that have the greatest chance of getting to market soonest and making a difference are in the lithium-ion ecosystem."

SiNode now employees 15 people and is close to commercialization. In 2014, the company inked an agreement with a subsidiary of the German conglomerate Merck, which will allow SiNode to manufacture products for its first commercial customers.

SiNode blossomed into a full-fledged venture thanks to Northwestern’s interdisciplinary focus. The initial SiNode team started with six graduate students, three from Kellogg and three from McCormick.

“They transformed a technical idea into a viable and attractive business plan and presented it successfully to investors,” said Kung, who serves on SiNode’s advisory board. “It has been gratifying to see the growth of the students involved.”

SiNode has received several grants and awards, including from the U.S. Department of Energy, the Clean Energy Trust and the U.S. Office of Energy Efficiency and Renewable Energy.

“By developing clean energy technology, SiNode Systems is helping to give more residents from all parts of Chicago an opportunity to participate in the 21st-century economy,” said Chicago Mayor Rahm Emanuel in a statement. “I look forward to watching them continue to grow and provide good-paying jobs for more Chicagoans in the years ahead.”